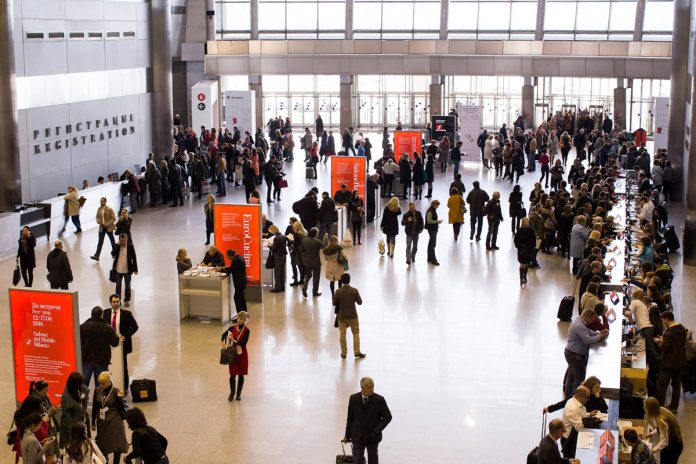 The complex economic momentum in Russia is reflected in the difficulties in the furniture sector.  Nevertheless, the country remains a strategic partner for the major international furniture manufacturers thanks to the immense catchment area of wealthy consumers and the expectations for recovery, although postponed until 2017. Meanwhile, opportunities increase in other countries of the former Soviet Union, thanks to some major building projects.
In 2015, the furniture market in Russia fell by 24.6%, according to data from the market survey company, Express-Obzor. The drop in sales affected nearly all types of furniture.  Upholstered furniture displayed the biggest flop. Home and office furniture saw falls of 24.4% and 25.2%, respectively. The effects of the crisis can be seen in the behaviour of consumers: in 2015, buyers of inexpensive furniture rose from 22% in January to 39% in December.

The export of furniture manufactured in Russia is stable due to the healthy sales abroad of kitchens, bedrooms and upholstered furniture. The depreciation of the rouble against the dollar, however, led to a sharp fall in imports: -36.3% of the volume.
The furniture division in Russia stands at around 4 billion euros.  Around 26 million wealthy citizens live in the country, which is one of the most alluring catchment areas for high-quality, luxury goods. This is why, despite the negative trend of the last two years, Russia remains a strategic objective for the major furniture exporters.

The former Soviet country continues to be a key partner for Italian furniture, as the fifth largest export market in 2015, notwithstanding the fact that exports of Made in Italy furniture to Russia fell by 27.1%, according to the Focus of the Federlegno Arredo Study Centre. The severe slowdown will not deter Italian furniture businesses from engaging in commercial relations with Russia: 51% of Italian companies believe that Russian consumption will stop falling and begin to grow.
Italy is second only to China in supplying furniture to the Russian market and, in 2015, Russia imported furniture products worth 527 million euros, that is, 22% of the total, mainly in luxury and classic lines.  Furniture for the dining room and kitchen held up better:  -19.2% compared to 2014.

The situation in Ukraine appears more comforting, thanks to the return to growth in the GNP, estimated at around 1% for 2016, after the period of severe crisis due to the conflict. Integration with the European world seems to be making progress.  Some Italian furniture manufacturers are even launching co-productions on Ukrainian soil through partnerships with local companies.
Strong interest among furniture producing countries is also focusing on other countries in the former Soviet Union, such as Azerbaijan, Kazakhstan, Uzbekistan and Georgia, emerging markets that are open to top level furniture.

In the light of the huge government infrastructure plans in the construction sector – such as Baku White City and Port Baku – in Azerbaijan, the furniture-furnishings and interior design division offers good opportunities.

The Millennial generation between brand and digital identity, the future belongs...

The Hotel Industry meets in Barcelona