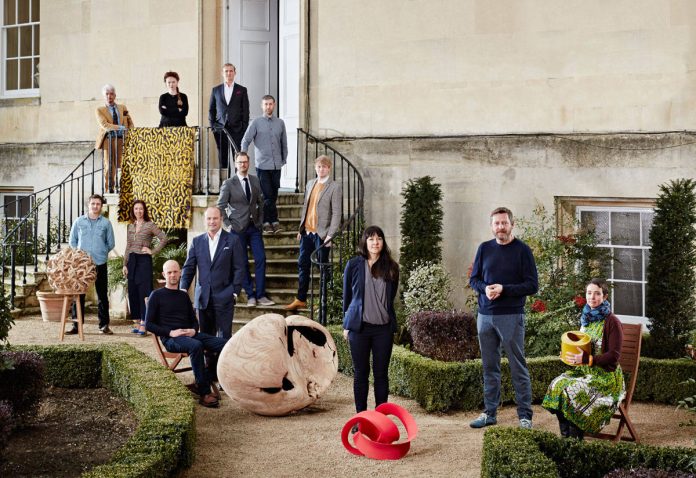 Now in its 39th edition, Decorex International, the ultimate London event dedicated to luxury and high-end design returns for its 39th edition to the renowned, verdant setting of Syon Park.
The event, which opened its doors on 18 September, also marks the start of the London Design Festival, giving a foretaste, with its 400 exhibitors, of what the British capital will be offering in terms of quality and products.

Among its stars, it includes Italian brands such as Penta, Cantori, Dom Edizioni, Devon&Devon and Laurameroni, and international brands such as Soher, Covet Lounge and Koket, alongside the inevitably predominant selection of British brands.

The event’s underlying theme – explored in the exhibition area as well as in the interactive installations and seminar program – is The Roots of Design: rediscovering the origins of the industry, which continue to define its current and future state.
This theme inspired London-based firm 1508 London, chosen to create the prestigious Champagne Bar, a space that reinterprets the principles of classical architecture for a modern audience. «A deconstruction of classicism – explains Louise Wicksteed, the firm’s creative director – The simple geometric forms, sculptural details and essential color palette create an elegant, yet playful installation».
The project at the main entrance also follows this theme: this year it was entrusted to Tim Gosling, a London-based furniture designer, who has created a spectacular exhibition named The Heritage of Chair Making, which testifies to the link between interior design, architecture and the exceptional legacy of British craftsmanship over the years.
Future Heritage is also worthy of note: the curator and art critic Corinne Julius presents 14 producers and their amazing work in robotics, electronics and ancient manual techniques.

Organization is an art