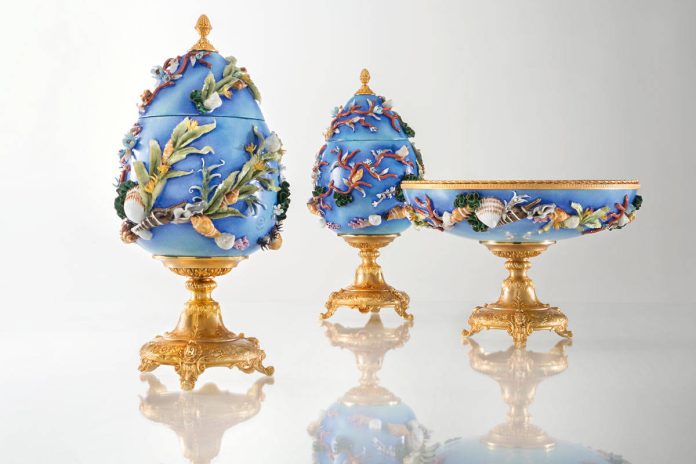 Once again we turn our attention to Altoclassico, to the enduring nature of the sector, to its entrepreneurial spirit and proactiveness when it comes to taking on new challenges. We have already discussed Binda Mobili d’Arte, Fratelli Origgi, Galimberti&Co, MGC and Linea Viganò: five of the nine businesses that participated in the collective at the 55th edition of the Salone del Mobile. Following the publication of the first episode relating to Altoclassico, this second and last installment considers the other four companies, which work with various valuable and rare materials to produce objects that enhance different interiors: they enrich rooms with a classical style, while adding a touch of elegance to contemporary settings.

«We have found a large opening into new sectors, such as the Bathroom – remarks Silvia Santa Gobbi from Stilars – Up until ten years ago, we only made two lines of bathroom products, but today that number has risen to sixteen». The company specializes in working with brass, which is used for chandeliers and decorative works for special events, such as marriages, baptisms and anniversaries. The material is highly appreciated by the Middle Eastern market, as demonstrated by the personalized tea service that Stilars produced for a Turkish customer.

Along with Turkey and the Middle East, Russia, Azerbaijan and other Asian nations are among the main target countries for Altoclassico’s nine companies. Silver Tre has also expressed interest in Singapore, a new strategic hub for design, furniture and architecture. The company also operates in the Italian market, designing creations suitable for theatrical and architectural settings, as well as churches. Different crystal and ceramic textures define the creations of Nuova Cev and Tiche: the first is orientated around craftsmanship and workmanship, the second is a niche company that presented various new products at this edition of the Salone. New products such as furnishing accessories and coloured wall decorations that replace real paintings. Alberto Rocchini, Nuova Cev’s spokesman, lists the most recent trends:  «Transparent crystal has made an overwhelming return, sometimes combined with decorative motifs and engravings. Gold disappears, but some fashion brands seek out original color combinations». However, they lack decorators who are capable of skilfully working with crystals, creating “a vicious circle that we want to break.”

The companies we spoke to were distinguished by distinct nuances and slight differences, but all recognize the key role played by Altoclassico, which has stood out for its impeccable organization and the numerous contacts that it has generated.

So far, so near. The novelties of Classic

The “friendly” forms of the furnishings of Mario Galimberti