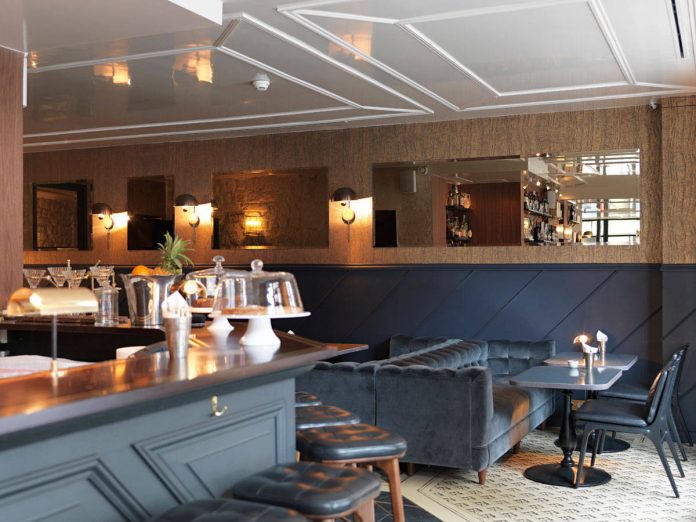 All you need is the right mix of hotels, a good dose of international press, a little imagination combined with proper organization and there you have it. A conference can be transformed into a two-day discovery of the most varied kinds of hospitality that you can enjoy and relish in France. In Paris, to be precise.
The experience coincided with the conference presentation for the next edition of EquipHotel, an outstanding event dedicated to the hotel and catering industries, which will be held from 6 to 10 November in the French capital. There was much discussion about innovations, trends and design concepts, and the conference even touched on the style and savoir-faire that distinguishes some of the most exclusive hotels in the city. So we went from theory to practice.

First stop, The Grand Pigalle Hotel, where we stayed the night: a real gem for those who love a bohemian atmosphere. As we passed through the entrance at the corner of Rue Victor-Massé and Rue Henry Monnier, we were immersed in a recent past exuding warm feelings and sophisticated details. The double entrance immediately reveals the building’s dual function: hotel and cocktail bar. From the building’s style to its architectural design, everything inevitably evokes the SoPi, or South Pigalle, neighborhood, which has always been enlivened by a cosmopolitan, spiritual, festive, hedonistic and mysterious energy. Its octagonal design, which is symbolic of the shape of the district, is a decorative leitmotif: it is used for the custom-made mahogany desks, the handles of the drawers and doors, the window frames and the wallpaper… Dark, deep colours accompany us from the ground floor, which contains the reception and the wine bar, to all the five floors that host the bedrooms and suites (37 in total). Similarly, “the art of the cocktail”, the inspiration for the hotel, creates a play of references between the different floors: Martini glasses embellish the carpets (designed by Dorothée Meilichzon, the designer responsible for the entire interior project), while golden pineapples affixed to the doors add a bright and exotic touch to the corridors. In every room, a book describes the delicacies that the Grand Pigalle bartenders are able to create, from original blends to reinterpretations of great classics, in the style of Experimental Group, following in the footsteps of Romée de Goriainoff, Olivier Bon and Pierre-Charles Cros, the founders of the hotel and owners of exclusive Cocktail Clubs in Paris, London, New York and Ibiza.

For an authentic, convivial atmosphere, perfect for socializing, there is no better choice than lunch at Mama Shelter, at number 109 in Rue de Bagnolet. The social, interactive world is transposed into a welcoming building. An experiential journey into hospitality 2.0. Philippe Starck‘s creative genius has exploded in a series of decorative features that offer a real sense of familiarity, interactive dynamism and a metropolitan approach. The walls, carpet and rooms speak to you and communicate, inviting you to converse and share. Technology plays an essential role: the 27-inch iMacs installed in all 172 rooms offer movies, Photobooth and Videobooth services, internet access and television, as well as a Virtual Concierge. The cheerful, playful interior (there is a foosball table in the restaurant, a chandelier made from colored life buoys and marble distributors) allows you to jokingly interact with it (the lamp shades in the room feature comic book and cartoon characters, with which you can amuse yourself and take selfies).
This wealth of influences is also reflected in the menu, designed by three-starred chef Michelin Guy Savoy. Founded in 2008 by the Trigano family, the Mama Shelter Paris was the first of these budget concept hotels, which subsequently opened in Bordeaux, Los Angeles, Lyon and Marseille.

We leave contemporary, social-friendly style behind – it is time for an appointment with luxury and the exotic. A completely different kind – The Maison Souquet. The two red lanterns at the entrance, in the Rue de Bruxelles, give us a taste of the overwhelming sumptuousness of the interior. Elegance, sensuality and haute-couture are the stylistic criteria that guided French designer Jacques Garcia in his design for this boutique hotel, which harmonizes a distinctly arabesque style with the splendor of Napoleon III, all crowned by an eclectic collection of furniture, artistic works and paintings.
The past underlying the origin of this building is subtly apparent – a Maison Close, or Pleasure House, evoked by strong, bold colors and soft materials and fabrics that envelop the setting. Enchantment and magic: the lobby resembles something out of the Arabian Nights, from which the Entrance Hall, by no means coincidentally, takes its name, with its majestic columns, red marble floor, Cordovan leather inlays, illuminated by porcelain, blue-green glazes and stained glass windows. The project’s haute couture reaches its zenith in the 14 rooms and 6 junior suites, each one different from the next, which each create a unique atmosphere inspired by the Empire, Napoleon III and by Art Deco, as well as by Indian, Chinese and Japanese style, represented by the combination of over 120 fabrics. A secret hideaway in the heart of Paris where you can immerse yourself in the Belle Époque.

Giulio Iacchetti for the creative direction of Dnd

Contract in the round. Interview with Gian Luca Colombo

The touch of Made in Italy: Désirée at the Lit d’Art...