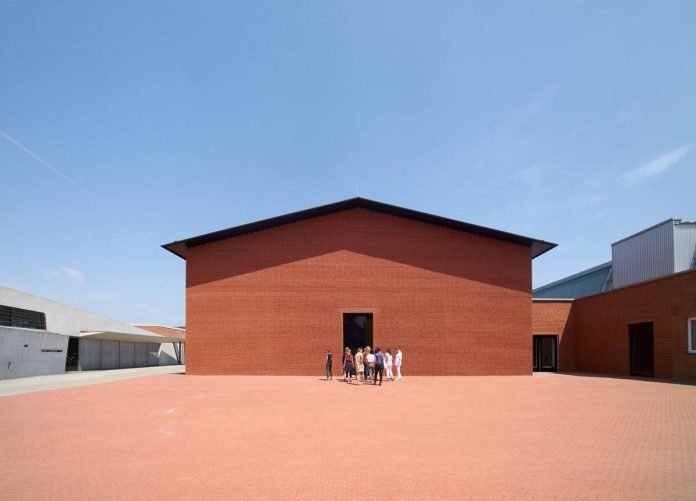 New, iconic expositive platform for the design world: the Vitra Schaudepot. The appendix of the renowned Vitra Design Museum in Weil am Rhein opened its doors to the public on Friday, the 3rd of June; over 7000 icons of interior design (realized from 1800 since now) come to the fore. Close to the furniture – best pieces of the institute – there is a broad lighting collection that completes the permanent exhibition, cronologically displayed within the main hall. The major building – signed by Frank Gehry – will continue to be used for the large-scale temporary exhibitions, as it never found stable place for its 20000 objects. Among those one, numerous archives as well as the estates of such designers as Charles&Ray Eames, Verner Panton and Alexander Girard.

The presentation at the museum is divided into three areas with a total of around 1600 sqm. The ground floor contains the main hall, where a selection of more than 400 key pieces is shown, signed  by Alvar Aalto, Ettore Sottsass but also Gaetano Pesce, Ronan&Erwan Bouroullec and Gio Ponti. The products provide a comprehensive overview of the history of furniture design, from stylistic and technical innovations to the societal transformations reflected in the objects.

The structure has been realized by Herzog & de Meuron, the Basel-based architectural firm that ideates projects as the Tate Modern in London and the Olympic Stadium in Beijing, whereas the interior is signed by Dieter Thiel. To the outside, the building presents itself as a monolithic volume constructed from hand-broken bricks, characterized by a completely windowless façade and a simple gable roof. Those features contrast with the dynamic contours of the opposite Fire Station by Zaha Hadid, while corresponding to the factory buildings by Alvaro Siza.

The interior offers ideal conservational conditions for the preservation of the valuable pieces in the collection, while the main hall is defined by a regular gridded arrangement of fluorescent tubes on the ceiling.

On one hand, the Vitra Design Museum is raising of furniture design as the focus of its colleciotn and making it accessible to visitors and scholars. On the other, it is responding to a characteristic development in the world and museum today. A design museum in the twenty-century musr therefore not merely collect and exhibit objects, but also needs to communicate the significance of design beyond the individual object by initiating discussions, demonstrating social correlations and establishin references to other areas.

Scenes from a wedding

Great celebration for Muuto in the West Coast