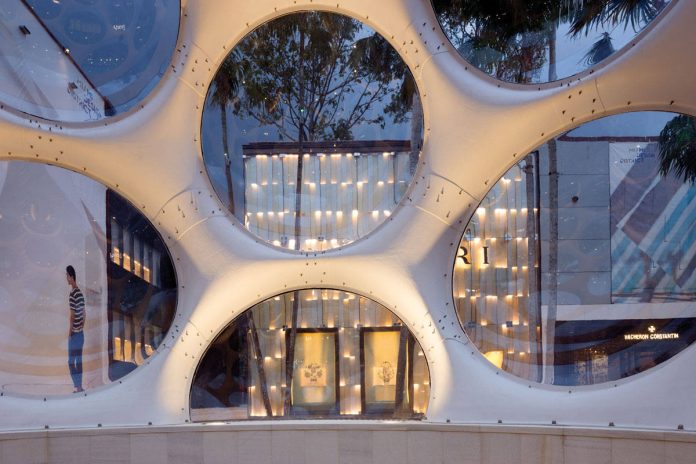 Endless beaches, bays, palm trees and freeways are accompanied by an architectural redesign and innovative residential projects that have revolutionized the urban landscape, attracting big names in fashion, art and design from around the world. Miami is a natural destination when one considers that the city, situated at the crossroads of the Americas, welcomes over 14 million visitors each year and is a historically attractive destination for investors and creative people.

These creative people seem to favor Miami Design District, which, with its former warehouses converted into commercial spaces and art galleries, now hosts numerous cultural events and, for some years, high-end shops and showrooms, which have made it an exclusive neighborhood for luxury shopping. Many events are scheduled throughout

the year, from Design Miami (14-19 June) to Art Basel (1-4 December) and the second edition of Maison&Objet Americas (Miami Beach Convention Center, 10-13 May), which, after the success of the previous edition, has elected Miami Beach as the new capital of high-end decoration and interior design for the American markets. The 2016 edition, featuring 300 exhibitors and Gastón Isoldi as the new director, will display trends and innovations from North and South America as well as from 24 European and Asian countries.

IFDM reached Miami Beach with the Contract&Hospitality Book | SpringSummer, in distribution during Maison&Objet Americas at the Miami Beach Convention Center, also with the May issue entirely dedicated to American market.

The contemporary contract of Ligne Roset

Abwab, a door to MENASA talents