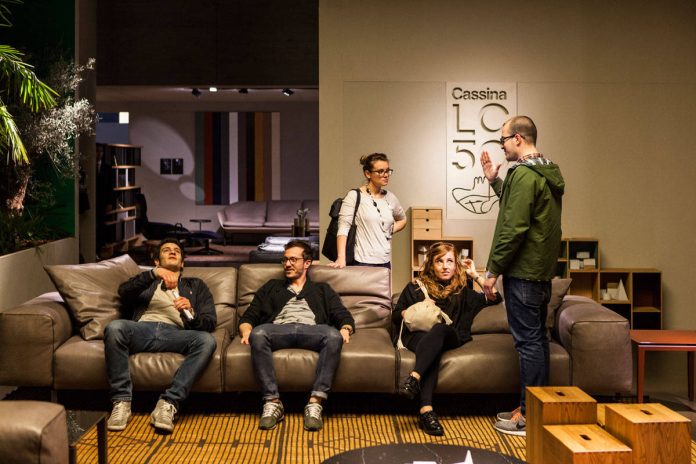 Consumption is no longer falling and should now slowly, but constantly, begin to rise again. This appears to be the state of the Italian furniture industry at the start of 2016. A greater propensity to purchase furniture will be determined by several factors, including more stable incomes and the extension of the furniture Bonus to 31 December this year, decreed by the Stability Law 2016. If not a turning point, the Italian furniture industry is certainly preparing for a more vibrant season that will provide ample opportunities.

The winds of change began to blow in 2015, thanks to the usual driving force of exports, which achieved results that exceeded expectations. According to data from FederlegnoArredo, from January to September 2015 the entire wooden furniture supply chain recorded an increase in exports of 6% compared to the same period last year, with a leap in sales in the US (up 23.5%) and the UK (up 17.8%).
In China, there was an increase of 9% for the whole sector, but in terms of just furniture, there was an increase of 19% compared to last year. These figures have cushioned the blow of the plummeting sales in Russia, down 25.8%. After the continuous decline in recent years, the domestic market is finally growing, though not significantly, given that the final figure for 2015 is unlikely to exceed +0.5%. Today the Italian industry is worth 26.7 billion euro and employs over 360,000 workers. Of course, this is still a long way off the figures for the pre-crisis period, but turnover is expected to grow by 1.8% compared to 2014, marking the beginning of a resurgence.

According to forecasts by CSIL (Centre for Industrial Studies), the positive signs in 2015 will be consolidated in 2016, with a further advancement for the domestic market, which is expected to grow by 1.2%, thanks to the confirmation of the furniture bonus for restructuring and the introduction of the bonus for young couples.
This improved situation is partly due to the climate of greater confidence and steady purchasing power of households, determined by income stability, with inflation still subdued. No nasty surprises are anticipated from exports either. The expected fall in demand from outside of Europe will be offset by a weaker euro and by Italian companies’ ability to diversify their markets.
CSIL expects the production of furniture in Italy to grow by 2%. In 2017, production should increase further, especially in light of the expected recovery of investment in construction. And in 2018, domestic demand will strengthen growth.

These glimmers of recovery are also a result of the tenacity and foresight of many Italian furniture manufacturers, who were able to resist the destructive blows of the crisis and reorganize, including through targeted investments. The major Italian design brands, for example, have increased the number of direct sales outlets, including showrooms and flagship stores. Those who managed to update their machinery also increased the efficiency of the process, accommodating a market that tends to demand increasingly more product variants. The research carried out by Italian companies, although inconsistent, continues to be among the most intensive in Europe.

Giorgetti in Korea with Hyundai Livart

From homes to hotels: design expansion in Middle East

Best Managed Companies, according to Deloitte