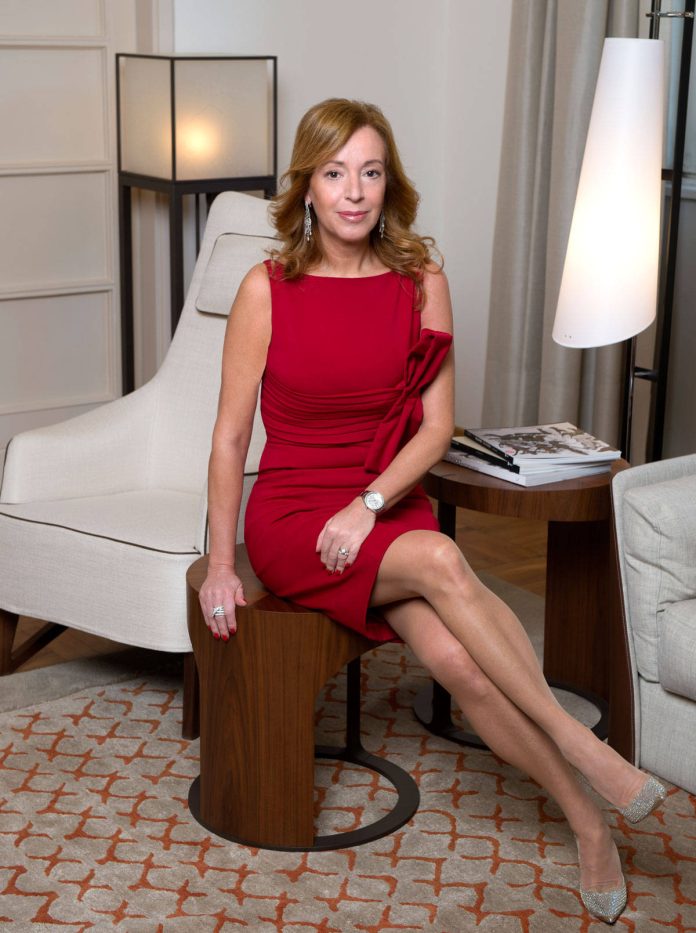 What points are consistent with the past? And what are the next steps for the future?

Fausto Citterio: First and foremost, Roberta acts as a link between the Giorgetti family and the new stakeholders. The fund has also endeavored to maintain continuity in the company structure: besides the appointment of Giovanni del Vecchio as Managing Director and a new Sales Manager, the rest has remained unchanged. The fund sets out to pursue the strategies the company has adopted over the last 118 years, establishing medium- to long-term goals for developing a series of initiatives around the Giorgetti brand to increase the offering. The aim is to expand our range of proposals to make inroads into new markets. The first step has been to create a Contract Division, which is still in its infancy, followed by an important new project to be unveiled at Salone del Mobile, and further developments in the pipeline.

Can you tell us more about this new project?

Roberta Giorgetti: For the first time in the history of the brand, we will present a kitchen. The project explores something new and totally different, that brings together new and exclusive materials, including Canaletto walnut, which is a kind of wood that features prominently in our collections, and marble; the kitchen is enhanced by a wooden sculptural door with a particular pyramidal design featuring a triangle-shaped basis, made up by the craftsmanship of Giorgetti, from an idea of Luciano Molinari. The result is a top-of-the-line kitchen, a perfect mix between technology and tradition.

Is this a natural consequence of the development of the Contract Division?

Fausto Citterio: The decision to make our foray into kitchen design was among the first made by Mr. del Vecchio. The idea is to create more complete environments. With this aim in mind, we will also present at Salone a revisitation of the Oli system originally designed in ’97 by architect Chi Wing Lo. We currently offer a total restyling of this modular system with new colors, new materials, new technology, new concepts.

What projects have you been involved in so far?

Fausto Citterio: We are most committed to residential contract through product positioning, in addition to ministerial offices, villas, embassies, foremost among these latter is certainly the Saudi Arabian embassy in Cairo.  The most important project we have been involved in during recent years is Erdo an’s government building in Turkey, completed in July 2014. The project mainly involved offices and conference rooms. The project was so confidential that we were only able to see the images of the final result on television, when we saw Pope Francis sitting in one of our chairs during his trip to Turkey.
Roberta Giorgetti: We are very committed to introducing and promoting our brand to architectural firms, which have become the privileged channel for the design sector. Fortunately, our retailers abroad are also on the same wavelength, especially our more structured partners.

Are you looking to expand your distribution network?

Fausto Citterio: Indeed, our goal right now is to increasingly develop our distribution network through careful selection and pondered choices.  However, we are present worldwide. Two weeks ago we opened a single-brand store in Chelsea Harbour in London, where we already have a presence in Harrods and in Mayfair; and we just unveiled a space in Iran. One important development is certainly the opening of a single-brand store in Milan, at via Durini 5, during Milano Design Week.
Roberta Giorgetti: We recently also worked on a project in Ho Chi Min for The Reverie Saigon Hotel, where we furnished 36 suites. In China, we opened a space in Beijing in October. Here, the sizes are in the triple digits, 600/800 m2, and it’s important to be selective with your choice of retailers. But once you’ve found the right partner, they’re loyal for years.

You have a 360° market presence worldwide, but which are your primary markets?

Fausto Citterio: The most important market is China, but we also have key projects in Russia, Arab countries, the Far East, the Baltic area, which is growing, and the United States. Italy accounts for 15% of our turnover.
Roberta Giorgetti: My grandfather began exporting to the United States in the ‘40s, but he would only send the wooden frame because at that time in America the interior designer would finish the product based on the style of the house. Then slowly, but surely, we were able to achieve a deeper penetration of the market. We do not have a single-brand store but a 300 m2 shop-in-shop in New York at DDC on Madison Avenue.

Does this strategic expansion also include changes in terms of products and style?

Roberta Giorgetti: We will continue to stay true to the elements that characterize Giorgetti’s style, namely wood and stone. We have brought on board a new designer, Alessio De Francesco, who is a young architect from Chieti and has a clear understanding of our mood. This year, in addition to kitchen design, we have our sights set on outdoor products, which we will be developing in the near future, and a collection of accessories, including vases, rugs and lamps.

Tell me a story

Maria Porro is the new president of Assarredo