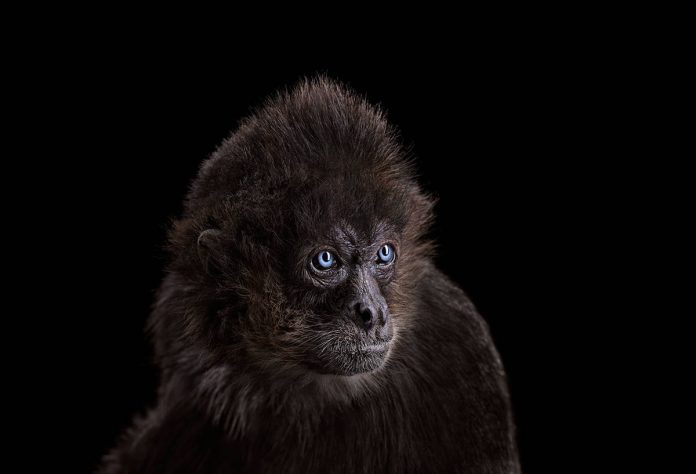 Affinity, a solo exhibition by photographer Brad Wilson, has been inaugurated today in the exhibition space of Visionnaire in Bologna. On the occasion of the 40th edition of Bologna Arte Fiera, the brand reaffirms its deep and innate synergy with the artistic world by welcoming the views of the American photographer in its showroom at Via Farini.

In an already evocative setting (the location is located in the former church of San Damiano), a sequence of wildlife images, captured under the spotlights of a study. The beauty of each animal is taken to the extreme, instincts are caught in the picture as an essential component. The photographs offer a convincing perception of intimacy and connection to wild animals and their natural world, hard to reach elsewhere.

«For as long as humans have been on this planet, we have had a remarkably complex and constantly chan­ging relationship with the wildlife around us”, says Brad Wilson. At times, animals have been our allies, our enemies, our gods and our food. Often these roles have existed simultaneously across many different cultures and continents. Our destinies have been, and will continue to be, inexorably linked. Perhaps this long-shared history is one significant element of the powerful affinity we feel for them».

Having studied at the University of North Carolina at Chapel Hill, where he specialized in the history of art and applied arts, later Brad Wilson moved to the Maine Photographic Workshop in Santa Fe to focus exclusively on photography. He established at New York City in 1992 to collaborate with internationally renowned photographers and later on began his career in art galleries. His work has been published around the world, appearing in numeros advertising campaigns and magazines (Greenpeace, Focus, Photography, CNN, The Washington Post, The Guardian). In 2004, Wilson moved to Santa Fe, New Mexico, where he carries on his research surrounded by the beauty and tranquility of the desert Southwest.

Who re-made the bed?

The ceramic world of Fos