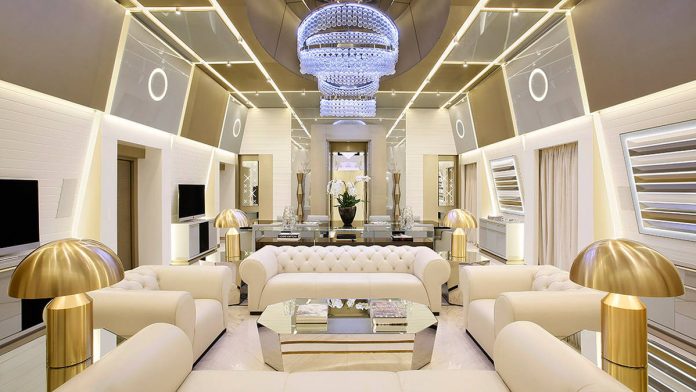 We have already talk about its exceptionality. But now the World Travel Awards has officially confirmed it, assigning to Katara Suite the title of World’s Leading Hotel Suite 2015.

The luxury location of the  Excelsior Hotel Gallia in Milan defeated rivals as Dubai Presidential Suite at Atlantis The Palm in Dubai, the Presidential Suites of Four Seasons Resort in Marrakech and of Burj Al Arab Jumeirah, or the Ritz-Carlton Suits in Grand Cayman and Plaza Suite in New York.

Every year the World Travel Awards celebrates the excellence acrossall sectors of the tourism and hospitality industry. In fact, in the same occasion, Katara Hospitality – the global hotel developer, owner and operator based in Qatar – received three prestigious awards: World’s Leading Hospitality Company for the third year running, World’s Leading Hotel Suite for the Katara Suite at Excelsior Hotel Gallia, and the coveted World’s Leading Landmark Hotel for The Peninsula Paris.

Designed by the architect Marco Piva (author of the interior design of the whole hotel) the Katara Suite is a perfect combination of modernity and refinement. With its 100sqm, this suite is one of Italy's largest, situated on the 7th floor of the building. It offers a private Spa and a private meeting room, two terraces and four bedrooms including a Princess Suite. The fit out is entirely signed bt B&B Italia Contract Division and the lighting creations for the living, bedroom and Spa are designed by La Murrina.

The Bay of creativity