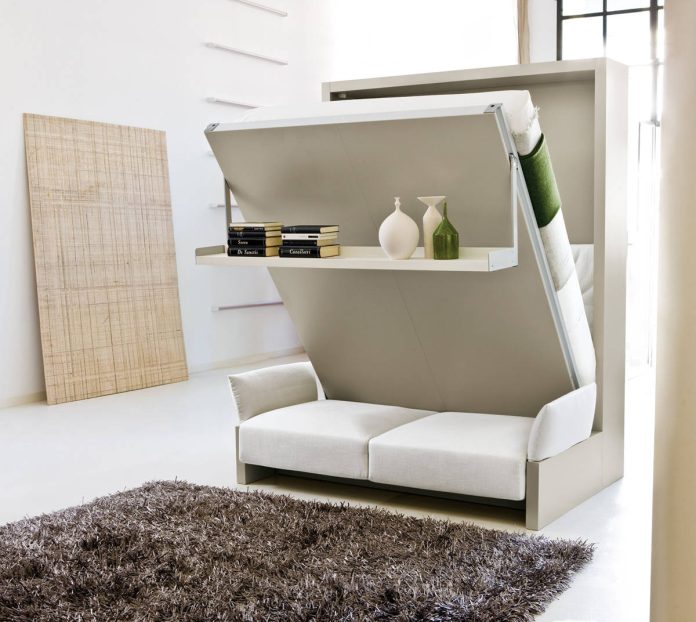 Transformability, flexibility, multi-functionality and an ability to adapt to new living requirements are the foundations upon which Clei has built its production philosophy since 1963. The brand has gone from strength to strength ever since, through furniture designed, patented and produced by the company itself that allows living spaces to change identity and purpose simply and quickly.

It is for this reason that the world of contract is taking an increasingly close interest in Clei’s transformable and modular systems. Some years ago, in order to take full advantage of the opportunities offered by the sector, the company underwent a restructuring process to create a dedicated contract division, which interacts with constructors, architects and real-estate groups in Italy and abroad.

“The recent developments are leading us towards a sort of residential contract sector,” explains Luca Colombo, Sales Manager with Clei. “It’s a trend powered by the synergy between our multi-functional furniture range and social changes occurring across the world. Recent studies have revealed that cities are increasingly made up of one-person households, with individuals often living in small dwellings. These spaces must adapt to meet various needs during the course of a day, becoming workplace, forum for conviviality and theatre of hospitality on request of the inhabitant. Our range of modular furniture with integrated transformability is definitely in step with these living trends. In a nutshell, we’ve always pursued the idea of the intelligent home, via research into innovative solutions designed to break down physical barriers between the various rooms of the house.”

By way of demonstration of the incredible potential Clei’s multi-functional systems have in the contract sector, for the last edition of Dwell on Design (a design event held in Los Angeles last May), Clei and its partner Resource Furniture furnished two of the three bedrooms features in the prefabricated house created by Method Homes for Fort Peck, an Indian reservation in Montana. Clei supplied the Kali Duo Board, Altea Sofà and Nuvoliolà10 systems for the project.

Meanwhile, Clei continues to participate in the Solar Decathlon, the competition founded in 2002 as part of an initiative by the US government’s Department of Energy to support and promote the construction of dwellings that combine energy efficiency with comfort and high quality standards while keeping costs contained. After appearing at the 2013 edition and taking part in last year’s European edition held in Versailles, Clei will participate in the seventh edition in Irvine, in California’s Orange County, in October.

Another important part of Clei’s mission to create systems capable of increasing space in the home is undoubtedly Kitchen Box, the project unveiled at the last International Furniture Fair in Milan. This innovative kitchen system – which is being perfected as we type – can disappear to completely blend into a living space. The single-unit kitchen is made up of two elements: one contains the larder and flip-top table, while the other houses the sink, two-zone induction hob, fridge, six place-setting dishwasher, microwave oven and hood. The kitchen is an autonomous box which integrates perfectly into the Clei Living System programme.

Villeroy & Boch. The shower tray is tailored made