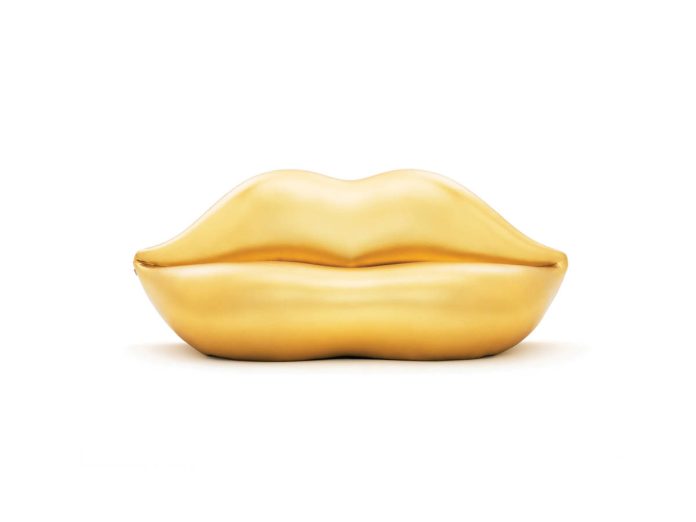 Gufram, the historic Italian brand that popularized radical design, celebrates 50 years in business. The exhibition, expected to be held at Galleria d'Arte Moderna e Contemporanea in Turin from November 27, 2015 to February 28, 2016, retraces the half century of activity of Studio65, a collective of architects who, gathered around the figure of Franco Audrito, have been central figures of italian pop design and, thanks to Gufram, have given life to many of their projects.

To celebrate its first 50 years of work, at the exhibition Gufram will preview a special limited series of only fifty Bocca sofa, new GOLD edition retaining its iconic shape, inspired by the lips of the Hollywood divas.

After Turin, Gufram will continue the celebrations in Miami, Chicago, Paris, London, and Milan, celebrating the cosmopolitan spirit of the brand on a tour around the world that will unveil new special limited editions of historical icons and new unreleased projects realized with some of the most interesting creatives.

An amazing duo for Scapin Collezioni

A loft on the crest of a wave