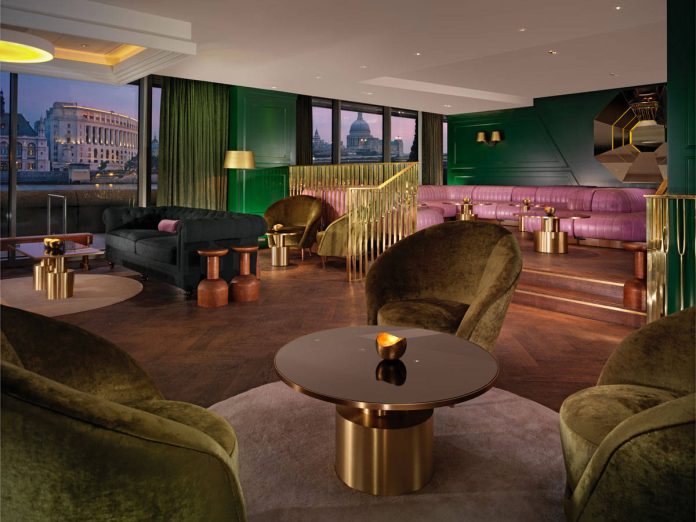 It is overlooking the River Thames, from the famous Sea Containers building which now houses the renowned Mondrian London. From this privileged position, the Dandelyan cocktail bar is completely immersed in the magical atmosphere of the South Bank.

The interior is dominated by the iconic green marble counter around which develops the recreation area, in a succession of warm color schemes and materials. You get lost in exotic flavors and innovative cocktails (by the award-winning bar manager Ryan Chetiyawardana, aka Mr. Lyan), a path that leads to art deco interior and the glamorous' 20s, with a modern and refined.

These characteristics, which make the Dandelyan as eclectic as it is unique, have led to the assignment of the title Best Overall Bar in the international contest Restaurant & Bar Design Awards, last October.

The project was entrusted to Design Research Studio – under the creative direction of British designer Tom Dixon – who was in charge of the entire implementation of the Mondrian Hotel (whose Dandelyan bar part). The firm has converted the building, according to the original project architect Warren Platner, in a luxury hotel of Morgan's Hotel Group: 360 rooms, two restaurants, rooftop bar, spa, cinema and conference rooms.

Unique in the redesign, the references to the naval history of the building, as the huge copper wall that, from the outside passing through the lobby, reminiscent of the hull of a ship.

A great product from a great little company