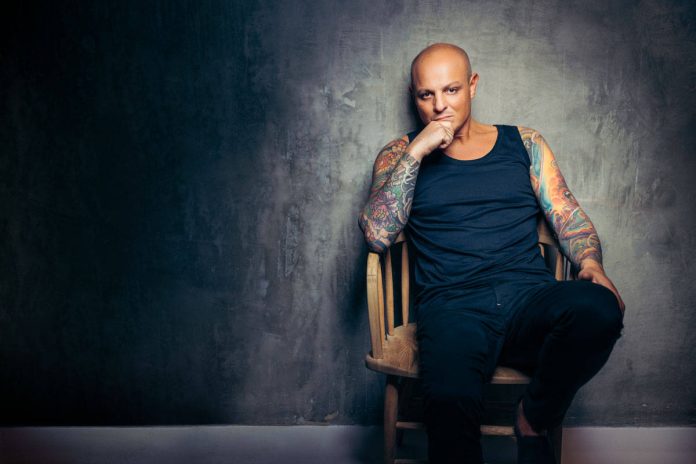 Not classifiable as a designer but closer to what can be defined as an interior artist, his works are a combination of palpable sensations which leave traces of his (Sicilian) origins. We met Alessandro Spada in his “creative laboratory” in Milan.

Which events in your life have been decisive for your career?

An important step in the course of my architectural studies was a work experience I had with the firm Sawaya&Moroni where, back in the days when it was not such a thing, I was pleasantly intoxicated by middle eastern culture, which rekindled elements I had naturally absorbed from my Southern Italian background.  Another important experience was when I followed the production of Edizioni, a brand engaged in both interior design and products, working for designers like Philippe Starck, Zaha Hadid and Ron Arad: this took me to the Brianza furniture district, where I learned artisanal manufacturing processes. Then I started up a small firm with a friend, the Numero Due: a total failure in terms of business but a great professional school. This was how I met many players of our trade, one of which was Samuele Mazza, the then-owner of Visionnaire; we started to work together and I got to know the IPE Cavalli company and the rest is history.

Your background and origins heavily influence your current style: how would you define it?

With Visionnaire, the southern culture I feel as my own has returned in a way that is more refined, revisited and reinterpreted.  In my roots, there is a great respect for artisanal workmanship so I refer a great deal to the past and to the classical style. I greatly enjoy coming to terms with other arts and crafts: just as the rock musician often has a solid classical background, so do I. Getting to know something that leads me to abandon it or break the rules is an experience I recognize myself in.

What is going on today in the classical furnishing sector?

I belong to the Luxury sector and with a certain amount of presumption, I think I can say I was around when an attempt was being made to really create a home philosophy, when the ideas which  borrowed from many classical precepts were making an important step forward thanks to an attitude of contamination. Today, the trend is to return to the past and interpret it. The near future will certainly bring a greater purity of form.  But this contemporary classical style, as it is inaccurately defined, will only be able to provide more concrete solutions if it listens to its public – which has undergone a generational change.

Then the contamination between art and design will become increasingly evident.  You take what you see on the classical stands for granted but it really is a work of art. Today, this value has an identity once more; the customer perceives it with a different culture and awareness. It is not art, but art design.

Alessando La Spada’s creative flair translates into a series of artistic projects such as Sandrino The Butcher, a reflection on human existence, which draws inspiration from the designer’s personal background and life story, developed in a series of unusual artefacts displayed for the first time at Visionnaire’s Wunderkammer in Milan. Or Don Lamp, a suspended lighting fixture included in the Don collection by the Clan brand.

Lifestyle by Antolini. The space for inspiration

As well as having added products to existing collections, Alessandro La Spada has designed for Antolini the Lifestyle space for this brand on the company premises of Sega di Cavaion: one thousand square metres of ideas and suggestions for using natural stone as a “lifestyle”, 14 rooms where designers and architects may find endless inspiration.

A refined design for Luxury Origenes by Soher

Bazzi and the art of carving