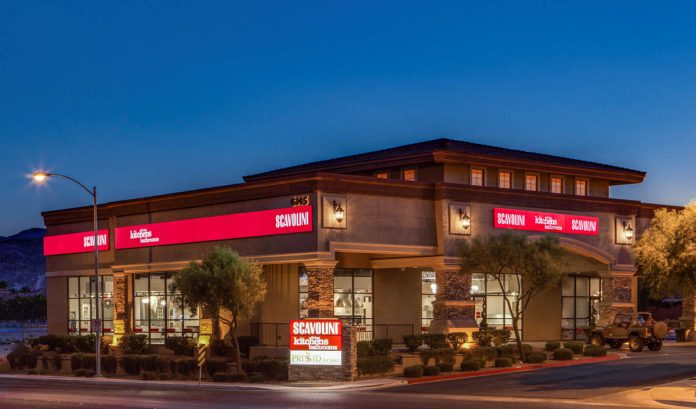 Situated right in the city centre in the exclusive Summerlin neighbourhood in Las Vegas, spanning 400 mq, the first Scavolini’s single brand store showcases the biggest kitchen and bathroom display in the city.

The exclusive location is distinguished by 4 large windows displaying Scavolini's most successful collections. These include the Tetrix kitchen, designed by Michael Young, Diesel Social Kitchen, resulting from the merger of two ambassadors of Italian style such as Scavolini and Diesel, the new Motus Living Room solutions as well as an extensive selection of Scavolini Bathrooms products, including the Idro, Rivo, Font, Lagu and Baltimora collections.

Run by Tatiana and Raffi Tufenkjian, the store opening in Las Vegas is a major milestone in the internationalisation process that Scavolini is currently undergoing and it further consolidates the presence of the Italian brand in the US, where the company can now boast several single-brand stores in cities such as Chicago, Houston, Miami, and New York.

The new perspectives of Mara