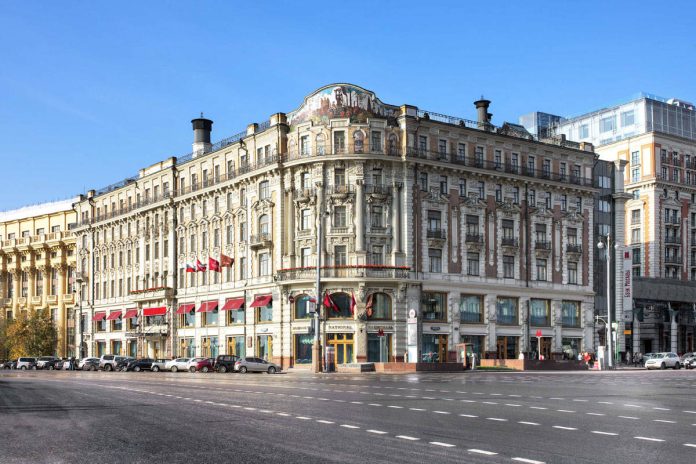 Having retained its original splendour intact, it testifies to a rich and deeply rooted cultural  heritage.  Hence, the Hotel National stands in all of its glory in the heart of Moscow, looking out onto the Red Square and the Kremlin.  Built in 1903 by the renowned Russian architect Alexander Ivanov – who combined Renaissance and classical architecture with modern decorative elements –  for over one century, the National has been a public, political and cultural landmark and has provided hospitality, in the course of its history, to heads of state and governments, diplomats and businessmen, army officials, scientists, writers and musicians.

Its vicissitudes have closely reflected those of a Nation and an entire age, interwoven with the tumultuous events of the 20th century.  Even today, each of its 202 luxurious rooms are furnished with exclusive objects inspired by the style of the 19th century and its 55 suites are adorned with authentic antiques, all of which goes hand in hand with ultra modern services and comforts. Its 13 meeting rooms, the fitness centre and the new Italian Restaurant going under the name of Piazza Rossa, make it an ideal location for either businessmen or guests seeking an elegant expression of comfort.

In 2009, the National joined the Luxury Collection by Starwood Hotels & Resorts, a “starred” group counting some of the most remarkable hospitality establishments (around 100) located in 30 countries around the world.

New board of directors elected for MADE eventi

A new home for baseball