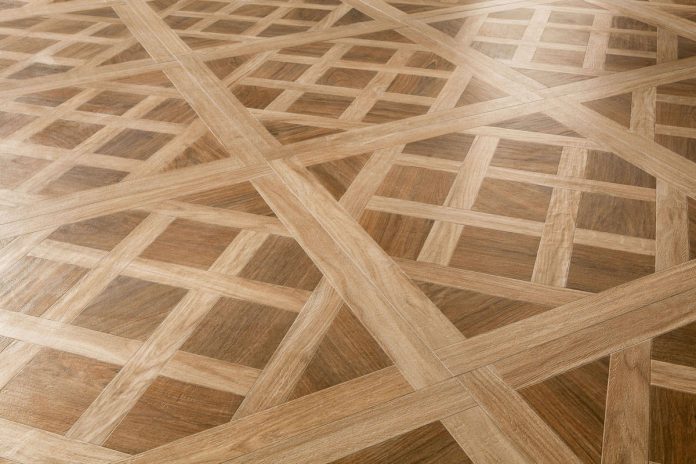 The glorious Renaissance was the main source of inspiration for Hotel Spadai’s interiors in Florence. The design studio Franco Bernardini, who signed the project, wanted to interpret the artistic ferment of this period by relying on materials that were distinguished not only for their ability to meet the technical and regulatory requirements, but also for their roots to the city’s history: from Carrara marble to Pietra Serena, from the habit of applying textile coatings on the walls to glass eglomisé.

Exceptional interpreter of the floors was the porcelain collection Royal by Ceramica Sant’Agostino. Used in four colours, its unusual size (75×75 cm) evoked the parquet with the traditional “panel” laying system known as “panneau de parquet D’Aremberg ou Versailles” because used in the Palace of the Sun King, but it had its origin just in the Florentine Renaissance. The floor arranged in this way highlights the “out of square” of the building, emphasizing the urban stratification that led to the current shape of the building, made in the late nineteenth century.

Thanks to modern digital printing system, the wood grain effects that characterize the collection Royal intertwine in an apparently random way, recreating the natural irregularities and beauty of wood floors aged by the passage of time.

Contemporaneity according to Interiors Furniture