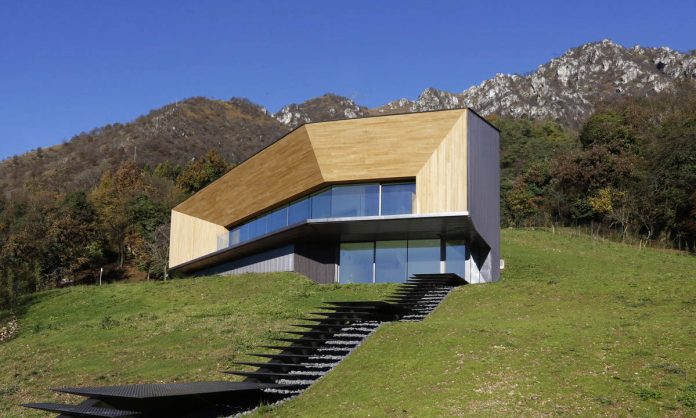 Having reached its 17th edition, the European “Copper in Architecture” competition awards expressions of architectural excellence and celebrates the use of copper for roofings, claddings, facades or other elements, without setting any limit in terms of shape and size.

Of the 51 projects submitted to this year’s edition, 10 finalists have been selected.  The judges are particularly keen to award a versatile use of copper in modern architecture, in functional buildings that are well integrated in their urban or natural context.

Of the ten shortlisted projects, there is also an Italian building with a roof in pre-oxidized copper: Villa Alps, as the building is called, is located close to Lumezzane in  Brescia province and is signed by CBA – Camillo Botticini Architetto.

As usual, this year the Jury Award will be flanked by a “Public Choice Award” which crowned the Italian Dolomitenblic project in 2013. In fact, it is possible to vote for the finalist of your choice up until 30 August by connecting to the website copperconcept.org.

The expansion and development of this biennial competition reflects a radical change that has come about in the last two decades regarding the use of copper in the building industry: previously conceived solely as a roof covering, it has now become an alternative material for any architectural element – particularly facades – offering unlimited scope for diversification.

24 hours in Milan with Tom Dixon (and his hologram)