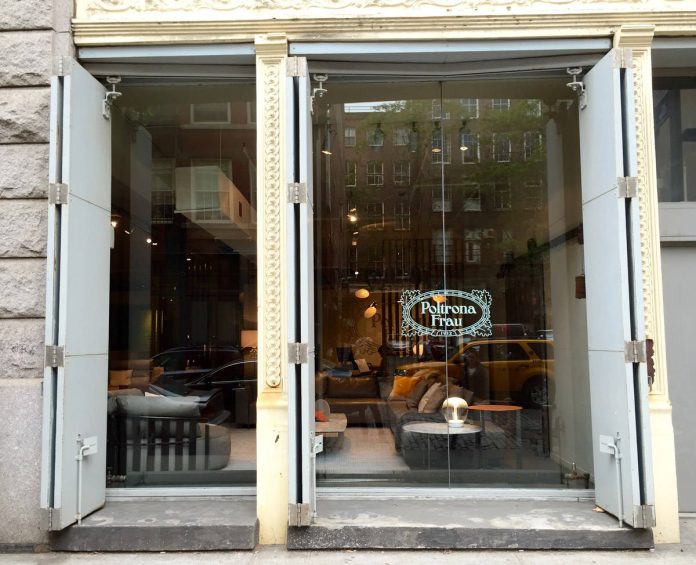 The new hub of design in New York? Soho. With its peculiar architectures that refer to the ‘800s stiles and with its high and bright fronts decorated,  this district is certainly one of the most suggestive in New York. And the design sector  well knows this, in particular the italian brands of the interior that here have found a second home, restyling old industrial spaces and warehouses.

Among boutiques and concept stores of fashion, there are showrooms and expositive locations dedicated to furniture, in a refined atmosphere that remebers the more famous Via Durini in Milan, district par excellence of the design.

Walking through the streets, from Wooster St, Greene Street to West Broadway, we meet the renown names of the Made in Italy that, in the occasion of ICFF and the Design Week, have decided to present their new collections 2015. From Cappellini to Cassina, to Poltrona Frau (present in locally since 20 years in a more over 600sq m space, going ahead, we find Moroso, Flos, Kartell and B&B Italia that has two different point in the territori (the second at the A&D building) to satisfy the request of the american public, its first market.

And also, Scavolini, Molteni&C, Foscarini, FontanaArte, Artemide and Flou, among the firsts to come in Soho, and Luceplan, recently transfered in Greene Street but present in New York since ’94.

This is the SDD, the Soho Design District, the new yorker destination for the design lovers.