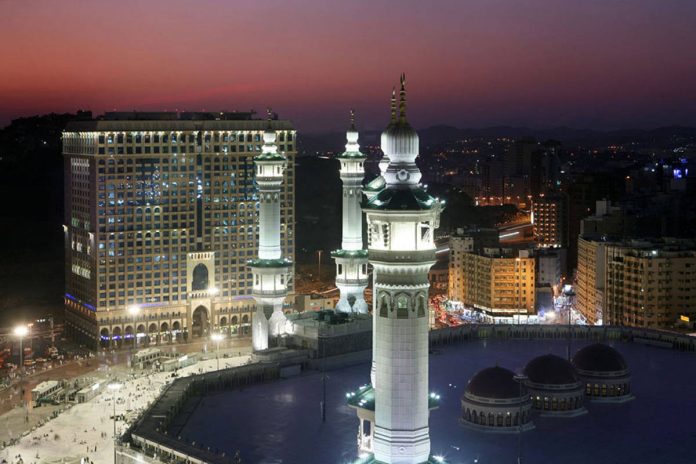 A new report published by Jones Lang LaSalle (JLL) for The Hotel Show Saudi Arabia 2015 reveals today that the major cities of Saudi Arabia, Riyadh and Jeddah, are forecast to see an increase of 16,000 new hotel rooms by 2018. Of these, over 50% will be part of new 5-star internationally renowned hotel developments. The number of rooms in Jeddah is expected to increase by 2,700 in 2015 alone. AccorGroup has plans to open nearly 10 hotels by 2018, while current market leader, InterContinental Hotels Group, which has 24 hotels throughout the Kingdom, has announced the opening of a further 9 outlets including the world’s largest Holiday Inn in Makkah.

In the occasion of a press office Pascal Gauvin, Chief Operating Office, India, Middle East & Africa at InterContinental Hotels Group (IHG) expressed optimism: “Saudi Arabia has been one of our strongest markets since we entered 40 years ago. In fact, our largest presence in the Middle East is in Saudi Arabia where we have 24 hotels open across our InterContinental, Crowne Plaza and Holiday Inn brands, and a further nine in the pipeline due to open in the next three to five years.”

He continued: “The positive reports we are seeing on projected growth in visitor arrivals contribute to our optimism for the market – industry has forecast a 400 percent growth in domestic tourism to around 640 million nights by 2019. The number of pilgrims expected to visit the kingdom is set to more than double, and reach five million religious visitors this year, which presents a great opportunity for us to continue to expand our footprint in the country. We are in a great position to cater for this growth with the opening of Holiday Inn Makkah in 2016, which will be the largest Holiday Inn hotel in the world with 1,238 rooms.”

Changes in the upper echelons of Design Holding