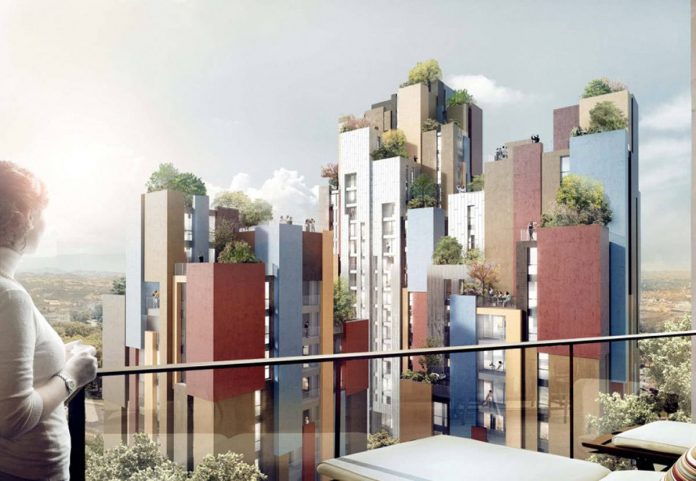 Euromobil has received an important recognition relating to Expo 2025 in Milan. The Venetian Group has been selected by EuroMilano as the official supplier of all the furnishings in the domestic spaces of the Cascina Merlata Expo Village, the large area to the north-west of Milan close to the Expo exhibition site.

The Cascina Merlata district is an urban redevelopment project of around 540,000 sq m which will   be the site of subsidized housing, schools, a 200,000 sq m park and a shopping center. The heart of the project will be the largest social housing site in Italy: it will consist of 11 tower buildings developed by various design firms – Cino Zucchi Architects, Cappai and Segantini Associati, Mario Cucinella, Pura, B22 and Teknoarch – according to the most advanced sustainability principles for a class A, zero-emissions district.

Between March 2015 and March 2016, the facilities will be temporarily used as an Expo Village by the delegates and staff of the international countries participating in the exhibition. At the end of this period, the residences will be leased and sold as affordable housing to young couples, single-income families, non-resident students and the elderly.

This project was set in motion over two years ago when EuroMilano, the real estate group that promoted this urban development initiative, commissioned the Milan Polytechnic to research the design of the interiors and furnishings for the Expo Village.

The dual nature of Emeco

Giorgetti: the sofa is “prêt-à-vivre”