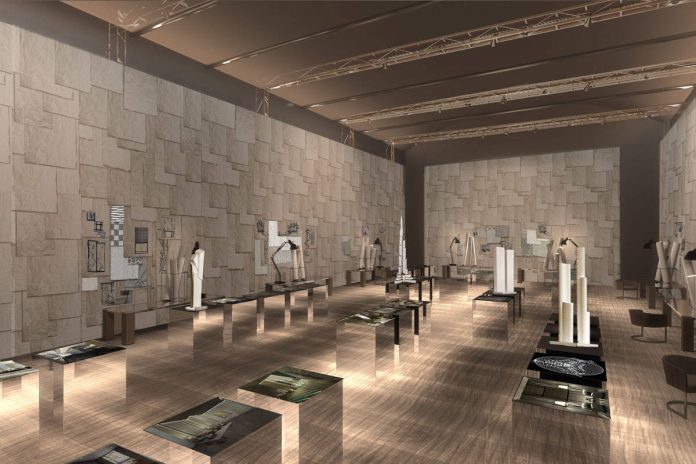 Some of the Armani/Casa Interior Design Studio’s most important global projects are on display here for the first time. During  the Milan Design Week  at Armani/Teatro in via Bergognone will be showed sketches, renderings, plans and cross sections, photos, scale models, layouts, samples of fabrics and materials which all reveal the breadth and richness of the Studio’s stylistic research, both formal and material, and illustrate the Studio’s working methods and the various phases that constitute the preparation of projects. The installation concept metaphorically evokes the atelier where ideas are conceived and take form.

Giorgio Armani says: “For the past decade my Interior Design Studio has been working on outstanding projects all over the world, coming up with new creative solutions in which an aesthetic of luxurious simplicity is interpreted through the local culture and ethos. In this exhibition I wanted to present this very complex, wide-ranging experience, a voyage through innovation in hospitality and the dream of living, working with great masters of contemporary architecture”.

The exhibition represents an important milestone in Armani/Casa’s quest, which began in 2004 when Giorgio Armani surprised the world by signing a partnership with Emaar Properties PJSC to add character and personality to the Burj Khalifa in Dubai, the world’s tallest building. It was to become home to the first Armani Hotel. This initiative was then repeated in Milan and in other cities, from Miami to Istanbul, from Mumbai to Manila, and from Tel Aviv to Chengdu and London. Indeed, the UK’s capital is the location of the latest project, just completed, a preview of which is presented in the exhibition.

The 11th edition of Saloni WorldWide Moscow opens its doors

Florence Collections. The essence of quality