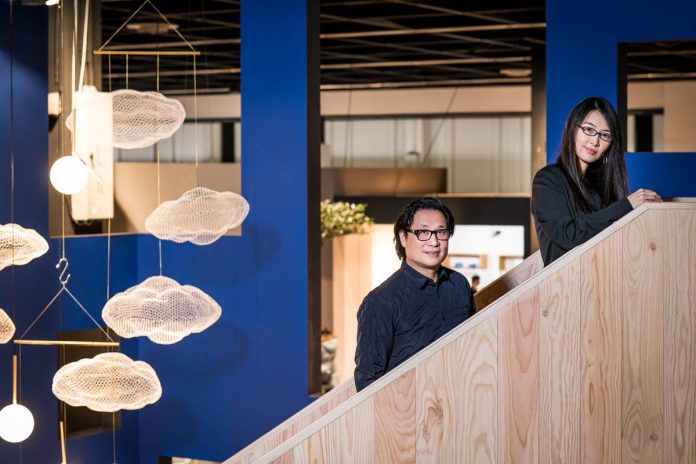 Following the original interpretation with its romantic-purist touch by Danish designer Louise Campbell, this year it will be up to  architects Lyndon Neri and Rossana Hu of Shanghai to create a completely new vision of the “DasHaus – Interiors on Stage” format, the simulation of a 240 sq m home to be presented during the International Furniture Fair at immcologne and realized according to the project of a different designer each year.

What is most striking about the signature trait of Lyndon Neri and Rossana Hu is not so much its oriental touch, but its contemporary and international character.  The quite remarkable aesthetic message voiced in their interior design and furnishing projects is expressed in a combined use of the western principle of reduction and the Chinese multiplicity of forms.

Thanks to architectural projects of modern urban elegance, Neri&Hu is one of the most progressive design firms in China, further endorsed by international successes in the ambits of interior decoration and design.

The first three editions of “DasHaus” have been interpreted by some outstanding designers actively engaged in the ambit of interior decoration and who come from some of the most fertile breeding grounds of design, such as London, Italy and Scandinavia.  immcologne now aims at presenting a vision of Europe as seen from outside its borders and has identified in Neri&Hu the ideal partner to perform this task from a completely different angle.

“In Neri&Hu we have found a couple of architects who, for some time now, have been probing and shaping the concept of giving their buildings an interior dimension of great character thanks to accessories and furniture designed by themselves” explains Dick Spierenburg, Creative Director of immcologne. “Our format will give them an opportunity to express their experience freely and to discover new directions in which to take it. The result could be really exciting”.

This project with its holistic approach not only needs to be futuristic but, at the same time, must provide a feasible and, above all, an authentic solution.  So, DasHaus – Interiors on Stage” represents both a designer portrait and a visionary project, an example of how it is possible to create a personal space that expresses one’s personality.  Not only does the project elaborate the theme of contemporary furnishing trends, but also interprets consumer desires and social change.

Business and culture at the Salone

Outdoor by Talenti for the new year