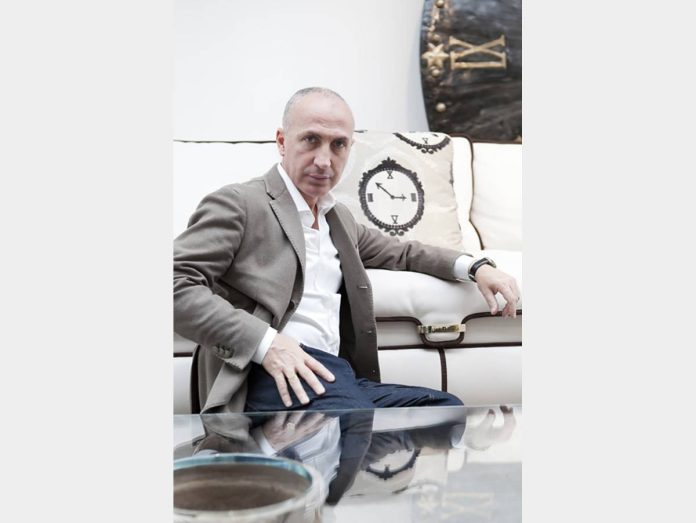 How would you define your work?

In one word: sartorial. In the same way as designers operate in fashion, we practise haute couture in furnishing.

I see myself more as an interior decorator than a designer. I trained in the world of fashion, so I believe that my job consists in “dressing” homes without any further presumption on my part. I do not design everyday or contemporary interiors, I design what I like on condition that it is  “timeless”.

What major changes have you experienced in your line of business?

The market no longer demands a single product but a complete service, a total concept, a “turn-key” project in other words. This requires great flexibility on the part of the designer who is asked not only to present a product idea but to provide his client with the complete management of a project and its cultural background.

What do you mean by cultural background?

I mean the heritage of know-how and experience that inevitably becomes part of your work.  A good example of this concept is a new district we are building in China, where we have designed five towers inspired by the Tour Eiffel. I lived in Paris for a lengthy period when I was young and absorbed much of the spirit of this city which is reflected in the work I do. For this reason, I prefer to be considered a European rather than an Italian designer. I have Sicilian roots and I adore Italy but I prefer to present an idea of Europe to the world.

How do you apply this European design?

By introducing styles such as Gothic Revival, this being a style that spread to every corner of Europe. Recently, however, I have been working on a 30’s style product that draws inspiration from central Europe: so I look to Prague, Paris and Barcelona.  I am very interested in promoting this idea abroad, even though many erroneously define my style as Baroque.

How relevant is the concept of luxury in your style?

First of all, it must be clearly understood that luxurious does not mean expensive; luxury may consist in a different choice, a particular colour or an unusual finish.  What counts most is being able to create an atmosphere, a more refined and impacting atmosphere.  My collections go in the direction of this concept and are highly appreciated on the Russian and Far Eastern markets which have become important interlocutors.  I try to interpret their dreams and needs. So the minimalist solution does not interest me, it is not my thing, unless the context is an architecturally impacting space in itself, where furnishings are almost superfluous and there is no need to enhance the interior with a great number of elements.

So minimalism is meaningless to you?

I believe the “less is more” dictum to be no longer valid. I want to be realistic, the market demands a particular product and an accurate service which means furnishing projects that are increasingly lavish and exhaustive.  I applauded Matteo Thun when he said “less is bored”. The minimalist, radical chic ideology only has followers in the western world now, particularly in Europe, because this is a continent that has had and seen everything.